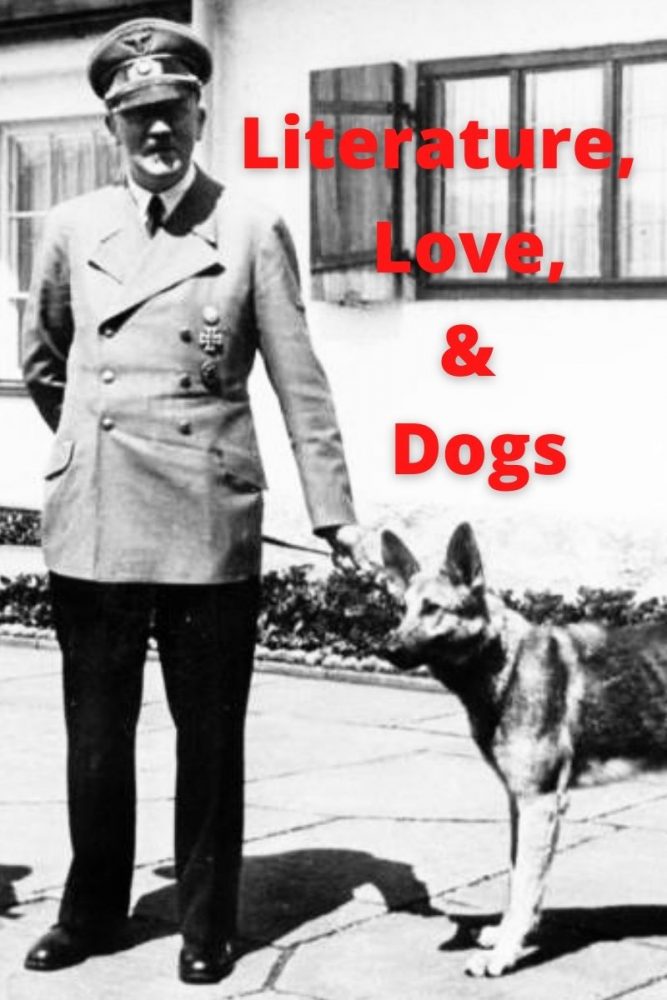 Happiness Between Tails by da-AL

“The greatness of a nation and its moral progress can be judged by the way its animals are treated.” — supposedly Mahatma Gandhi said that. (Isn’t this picture of him great? He’s drafting a document at Birla House, Mumbai, August 1942. My novel-writer side can’t help but wonder if he knew that writing longhand enhances creativity — and I bet intelligence!) First off, he didn’t….

Second off, if anyone said it, is it true? I love animals and have followed a vegetarian diet for years. All the same, I’m definitely nowhere near a saint, particularly given my now-and-again deviations into the hypocracy of eating fish. My father was wicked to his family, yet tears rolled down his cheeks when he heard that local geese were slaughtered. Hitler and was a vegetarian for the last part of his life. And he adored his dog…

What a Strange Creature is Man!

A satyr rescued a freezing man and took him to his cave. The man began to blow on his fingers. The satyr inquired why the man was blowing on his fingers. “My hands are cold and I want to warm them up,” said the man.

The satyr prepared the man a bowl of steaming soup, and was surprised when the man began to blow on the soup. “Why are you blowing on the soup? “asked the satyr. “I am trying to cool the soup,” the man replied.

“What a strange creature is man!” the satyr remarked. “He blows hot and cold with the same breath!”

Retelling of an ancient Greek/ Roman myth. A satyr is a drunken, lustful woodland god with the lower body of a horse or goat and the upper body of a man. I read this myth in Illustrated Classics when I was about eight or nine years old. I have always remembered this story and gradually came to understand the meaning as I grew older.

What does the saying, “What a strange creature is man! He blows hot and cold with the same breath.” mean to you?

Stories from a Retired Teacher

A new page is available on this website. It is a collection of brief anecdotes from my teaching career.

To access Stories from a Retired Teacher, please click the title on the menu to the left.